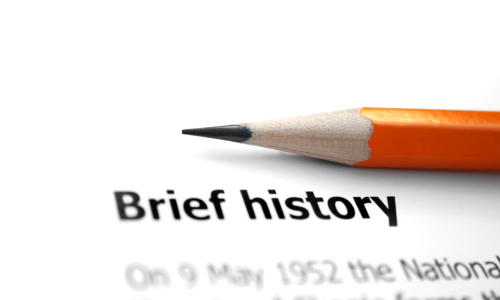 A while back, one of my new-at-the-time colleagues asked me this question:

I guess I’m too new to the industry so I’m lost with the concept “team VA” or “multi-team VA.” And “partnering with clients?” It sounds interesting though, could you define for the benefit of the clueless (me)? Thanks!

To understand these terms and concepts, it’s helpful to know the evolution of our industry. With that in mind, here’s a quick history of the administrative support industry.

Originally there were secretarial services. That industry had been around for decades, since at least the 40s or 50s and probably earlier.

However, secretarial services were sort of like a print shop: where someone would go, for example, to get a quick typing or desktop publishing job completed by someone on an ad hoc/incidental basis.

Think of it sort of like a drive-through typing service. It was project-based and there was no deeper role of the secretarial service in a client’s business or consistent relationship than that.

Then, in the late 80s/early 90s, the concept of administratively supporting clients remotely as a business became more formally realized. This new business model differed very distinctly from secretarial services in that the idea was to:

In the early 90s, a life/business coach by the name of Thomas Leonard coined the term “virtual assistant” that this new industry adopted in large part to describe this new and distinctly different kind of administrative support business.

What’s funny/interesting is that when the secretarial service industry was first introduced to this idea of an administrative support/partnering business, it was met with cold-shouldered resistance and disapproval (much as most “newfangled” things are met by people who don’t yet understand them).

After a few years, however, more and more these same secretarial services who sneered at the idea started calling themselves “virtual assistants” even while they were still operating as project-based secretarial services (clearly only adopting the term without understanding the concept).

More and more people started using the term “virtual assistant” without understanding the original business concept around it. Which is no wonder: it’s an ambiguous term and one that those in our business didn’t even coin themselves.

Then there came onto the scene people whose thinking was “I know! I’ll make money having a business where I don’t do any of the work (perhaps don’t even have the expertise or administrative background myself), I simply outsource it to third parties, preferably at cheap, third-world rates.”

At the same time, there were others who wanted to have a one-stop-shop kind of business where they had colleagues and others who did things they did not. In this way, they could say (for example) they did web design when really all they were doing is having someone else do that work.

Both of these distinct groups began calling this sub-genre a “multi-VA/team-VA” business.

The problem with this term, however is that:

In the early 2000s, there also began to be discussions around the aptness of the “virtual assistant” term. Too many people who were not running actual administrative support businesses were co-opting the term, bastardizing it for their own purposes, and confusing the marketplace.

Another problem with the term is that clients commonly do not understand the relationship. They mistakenly think it is one of employer/employee and treat it (and devalue it) accordingly.

It erroneously shapes their expectations and perceptions in negative ways that cause people in our industry problems. That’s because people only understand the word “assistant” one way: employee. Which is why calling themselves assistants was causing a whole host of misalignments in expectations and understandings.

Therefore, a large contingent of people in the administrative support industry began having a conversation around moving away from the “virtual assistant” term and adopting/coining a new term for those of us who were very specifically running ongoing administrative support businesses where we work with clients in actual collaborative partnering relationships.

That’s when our group ultimately landed on the term Administrative Consultant and the benefits have been multi-faceted:

To be clear, the Administrative Consultant term was never intended to replace the “virtual assistant” term. Many of the people using that term are not running administrative support businesses so our term does not apply to them.

Our term is only meant for those who are specifically running administrative support businesses and who work with clients in true collaborative, partnering relationships. If that’s the kind of business you are running, we encourage you to use the Administrative Consultant term because it is going to help improve how clients view and understand your business and how they treat you as a fellow business owner.