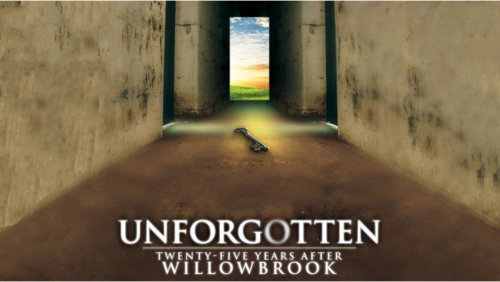 I watched a documentary over the weekend called “Unforgotten: 25 Years After Willowbrook.” Willowbrook was a state institution on Staten Island in New York where mentally and physically handicapped children were warehoused up until 1987.

The conditions and abuses were deplorable, and an inexperienced local reporter by the name of Geraldo Rivera did an expose which ultimately (thankfully!) got the place shut down.

Geraldo Rivera went on to become one of our most well-known reporters and journalists in the U.S. He seems to be the butt of some jokes these days, but he said something in this documentary I thought was so wise. It struck me profoundly as it really correlates with what we Administrative Consultants do as administrative partners to our clients.

While he was talking about those poor souls at Willowbrook, to me it’s really a statement about humanity overall.

Business doesn’t need less humanity, it needs MORE of it, and as Administrative Consultants, that’s really the spirit we embody.

I was musing about all this due to a conversation we were having in our ACA community about subcontracting. There are many in our industry using subcontractors in an assembly line kind of way. They think, “Oh, I’ll just open a business and hire all these other people to do the work.”

They just don’t get it at all. You can’t outsource a relationship, and you can’t run an assembly-line style business that resembles anything like a true relationship.

I mean, hey, if that’s the business they want to run, that’s certainly their right and prerogative. There are all kinds of customers for everything in this world of ours.

But it in no way, shape or form resembles or is the same thing as a personal, one-on-one, ongoing partnering relationship of administrative support.

There’s a big difference between having employees and/or other independent professionals who support YOU in your business and merely farming out all the work to subcontractors in an impersonal, transactional, assembly-line basis.

A chasm of difference, in fact.